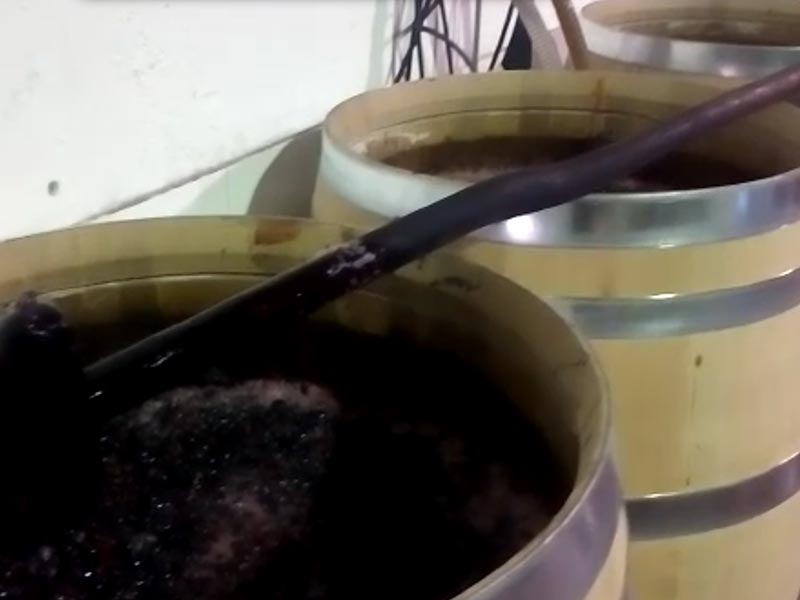 Every year differs from other in the wine production world. Time influence marks a milestone in wine quality and especially in its life expectancy. However not all the vineyards are influenced in the same way just as two people can have more noticeable symptoms than others such as a simple cold or a wasp sting.

After selecting the best berries from each bunch they are put into 300 liter barrels opened on its upper side, where the magical grape-juice conversion into wine actually happens. This step is carefully handmade.

30 days later and after the constant pumpings (here known as ‘swaying the barrel’) the wine is decanted and we put it inside them where the malolactic fermentation will happen and will stay for aging during the established term, almost two years, before being bottled. Once done bottles will repose for one or two years before being introduced to the market.

It looks easy. The decanting is made by gravity. The wine is not filtered if it is cleared, it is manually bottled.

We have manufactured 1,500 bottles this year.

It is a tough job but nice at the same time, and it reminds u show the wine was created by our ancestors and gives it a meaning in many aspects.

It is true that knowing this wine as I know it, mainly because my hands are the ones that actually create it, I am eager to see the final result. However 3 or 4 years are needed. So I think it up and say to myself ‘let’s taste first the previous vintages’.

You are invited to enjoy yourselves with me.